Rural Radicals-2021
This agency for non-urban creative space development has been set-up by Ella Overkleeft to facilitate pioneers that want to get out of the rat race and start a creative project somewhere outside the city in Europe. Via research, consultancy and advocacy, RR supports emerging & existing spaces as well as local governments who want to repurpose their empty buildings. Trans Europe Halles-2019-2022
Cultural spaces will play a crucial role in the transition of society into a more sustainable, social and creative ecosystem. Trans Europe Halles is an European network for grass-root cultural spaces. They have been at the forefront of repurposing abandoned buildings for arts, culture and activism since 1983. Based in Sweden with 140 members in 40 different countries across Europe – from Spain to Ukraine. For three years Ella Overkleeft has been Senior Project Manager for the Creative Europe Network Project, designing and organising international programmes and conferences on a European scale. 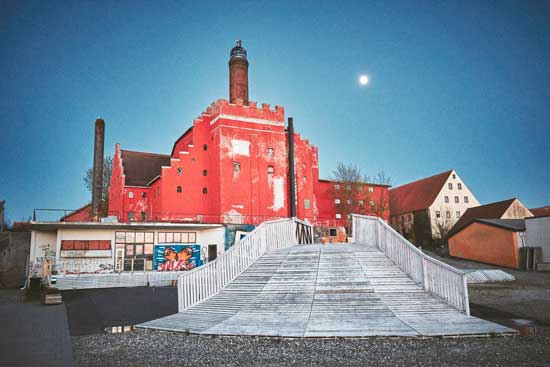 City of Amsterdam – Taskforce Sloterdijken 2019-2020
The industrial sites of cities are transforming and repurposed with the creative and innovative new sectors. In the coming 10 years, the industrial Sloterdijk area in Amsterdam will be developed into a new residential and working area. In order to integrate culture from the very beginning, a special task force has been brought to live by the city council of Amsterdam. This taskforce, is responsible for connecting various stakeholders to the creative industry.  Get the value of social and cultural initiatives recognized, to ensure this area will contribute to making Amsterdam and inclusive and innovative city that is prepared for the future. Ella coordinated this taskforce. 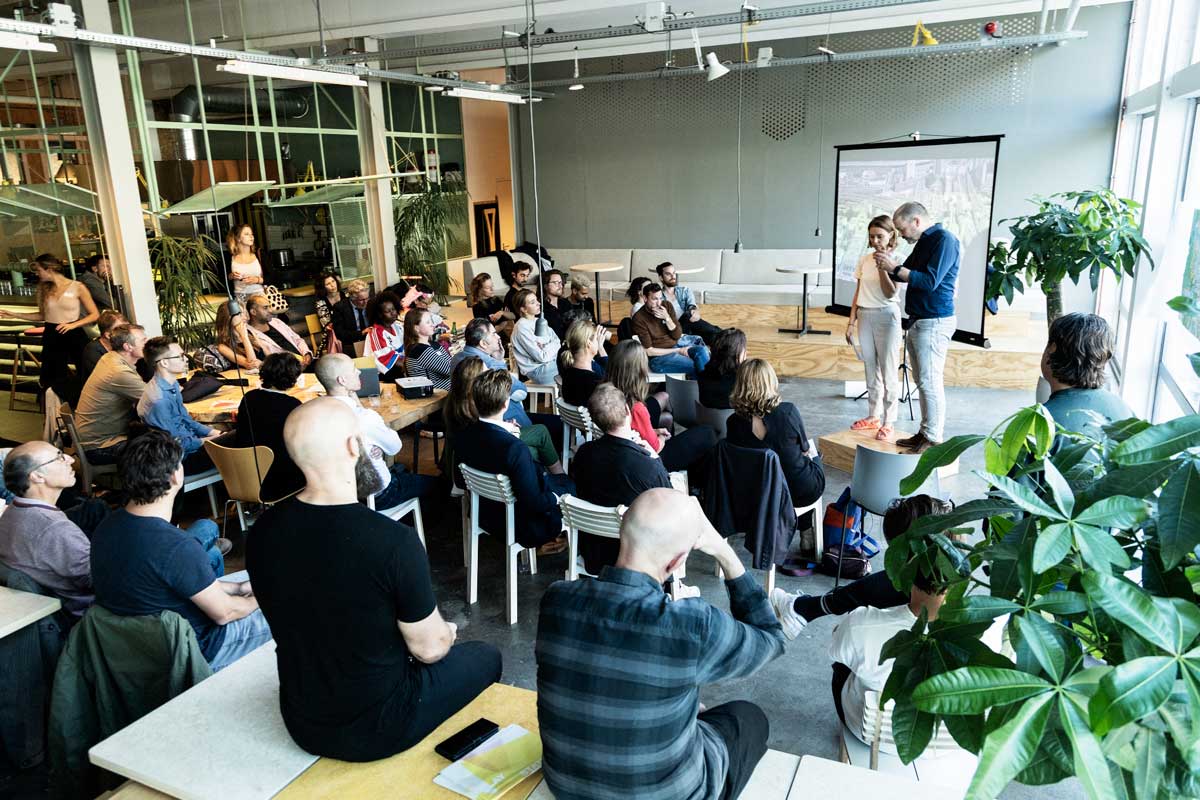 Celebrate Safe 2015-2019
Celebrate Safe is part of national private public partnership (ppp): Project Party Safely.  A collaboration between Dutch ministry of Health,  a platform where a network of professionals (such as event organizers, local and regional governments, policy makers, security specialists, first aid workers, prevention experts and scientists) work together to create a safe and healthy festival and nightlife sector in the Netherlands. Ella connected the festival sector to the other stakeholders involved. 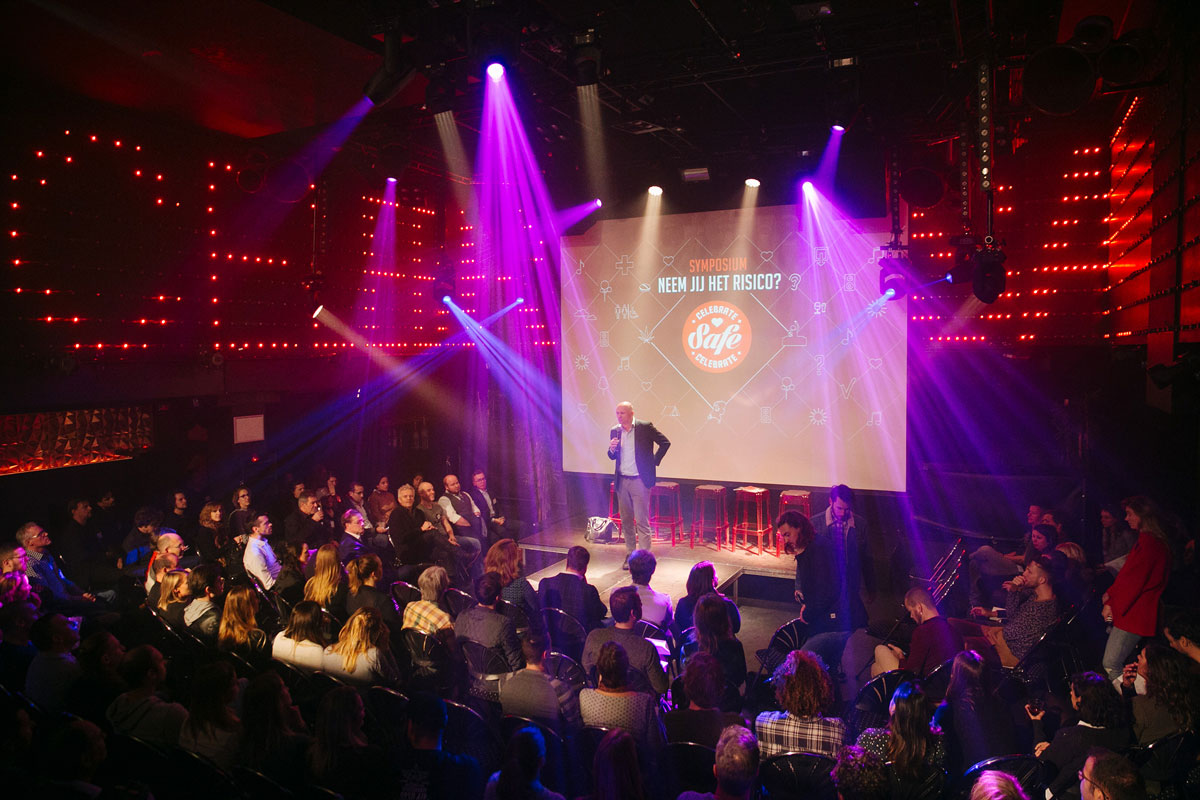 City of Amsterdam – New event policy 2017-2019
Cities worldwide are dealing with major population growth, this combined with the changing role of leisure within society and the popularity of outdoor music events, makes it a challenge for city governments to find the balance in time and space, the residents and the vistors. The city of Amsterdam has developed a new event policy to handle efficiently and effectively more than 300 events on a yearly basis. During this policy development (which includes measures for sustainability, inclusivity and public health) Ella has been involved as advisor and connector to the local festival and cultural sector. 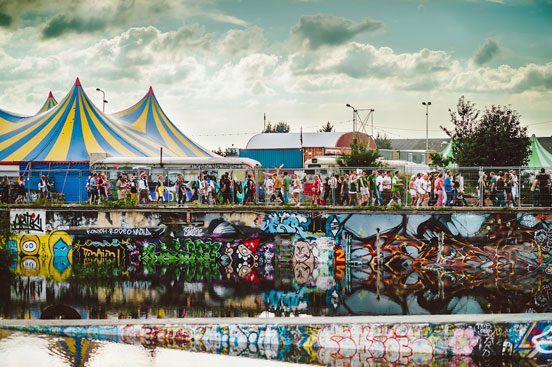 No Sheep Allowed 2018-2020
No Sheep Allowed is a collective founded by Ella Overkleeft, that promotes critical thinking through acts of activism. Hence the name. Through creative pop-up protests within public space, No Sheep Allowed addresses social issues. Because society is changing rapidly, the clock is ticking, and meanwhile the actions of some only increase the problems in our world. The first action took place at the central Dam square of Amsterdam, right in the heart of the fast-fashion industry, an all-vintage and sustainable fashion show was produced. 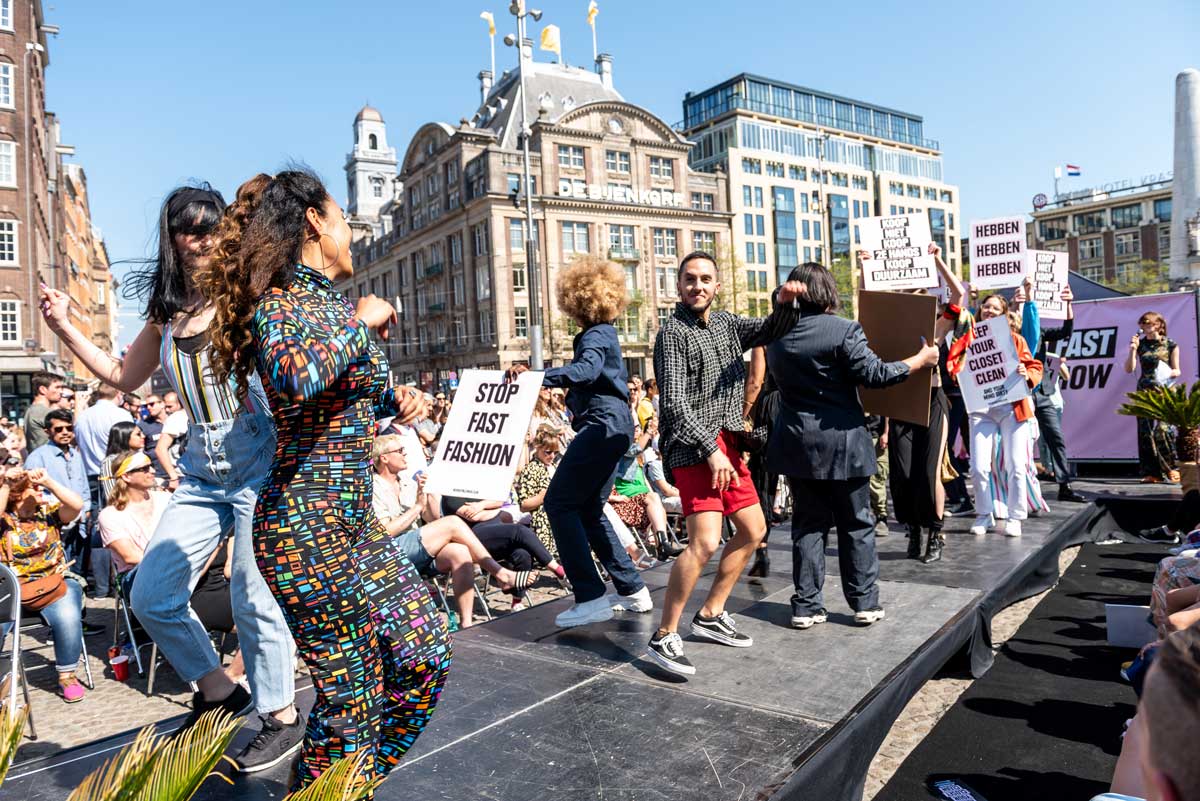 Night Mayor Foundation 2013-2018
In most cities the ‘time after dark’ has no substantial place in policies, and therefore (indirectly) not including all the cultural, social and economical value thats being created by the nightlife actors. The first global Nightmayor foundation was co-founded by Ella Overkleeft in 2014 in Amsterdam to raise awareness and strengthen the position of the nightlife actors. As an independent non-profit organisation the foundation is dedicated to ensure a dynamic nightlife, helping to build bridges between the (local) government(s), (small) business owners, residents and the creative industry at large. Doing so by advising policymakers, empower independent creative collectives and unifying the sector worldwide. This Amsterdam Nightmayor model has been an example for more than 40 cities who implemented a similar model, i.e. London, Tokyo, Paris. 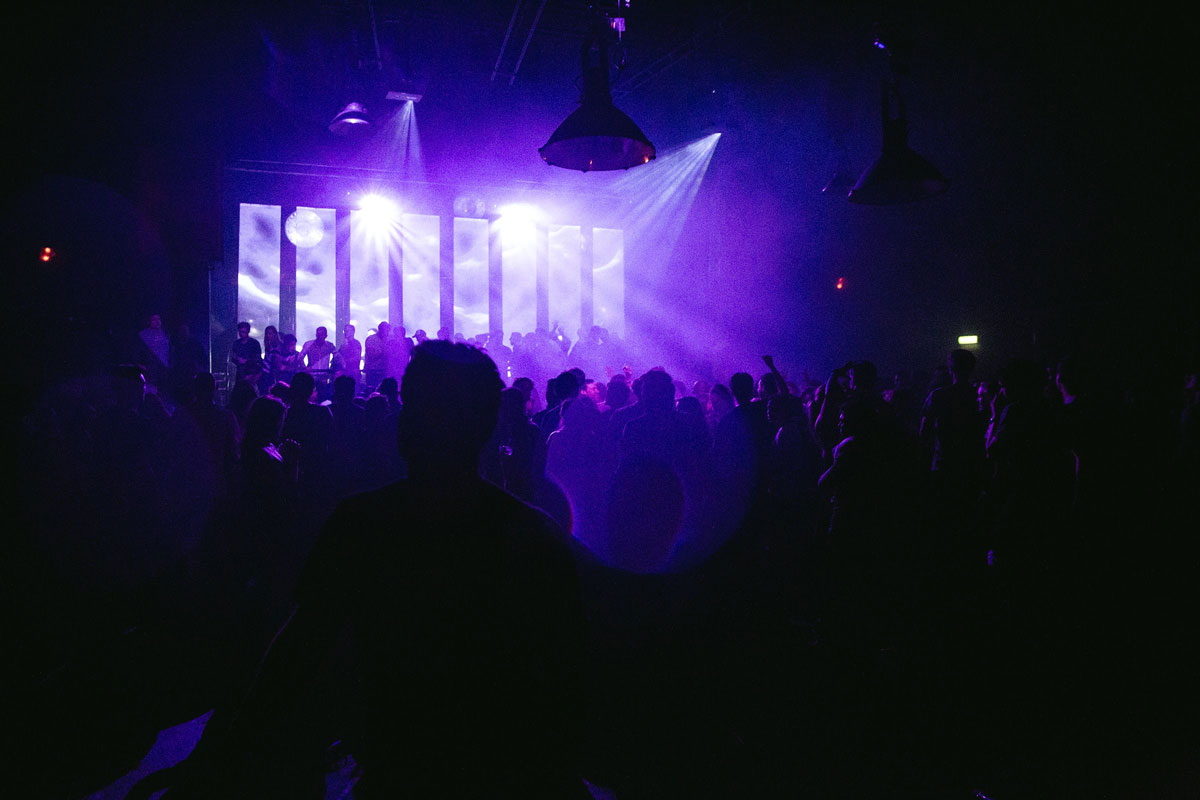 Enter The Void 2016-2018
A European project between the cities of Berlin, Amsterdam, Budapest and Riga – with an additional base in Ramallah, Palestine. Ella took part in the project as a delegation member from Amsterdam.
The project aimed to set up a dialogue between young people and decision makers, flanked by multi-disciplinary experts, to facilitate the access of young people and their (sub-)cultural practices to urban space. The project’s title Enter The Void freely translates to “give access to free space”.  A How-To-Manual for local politicians and administrators was published in 2017. Enter the Void delegation was invited to 15 countries and 4 continents and the project results informed the EU Youth Strategy. 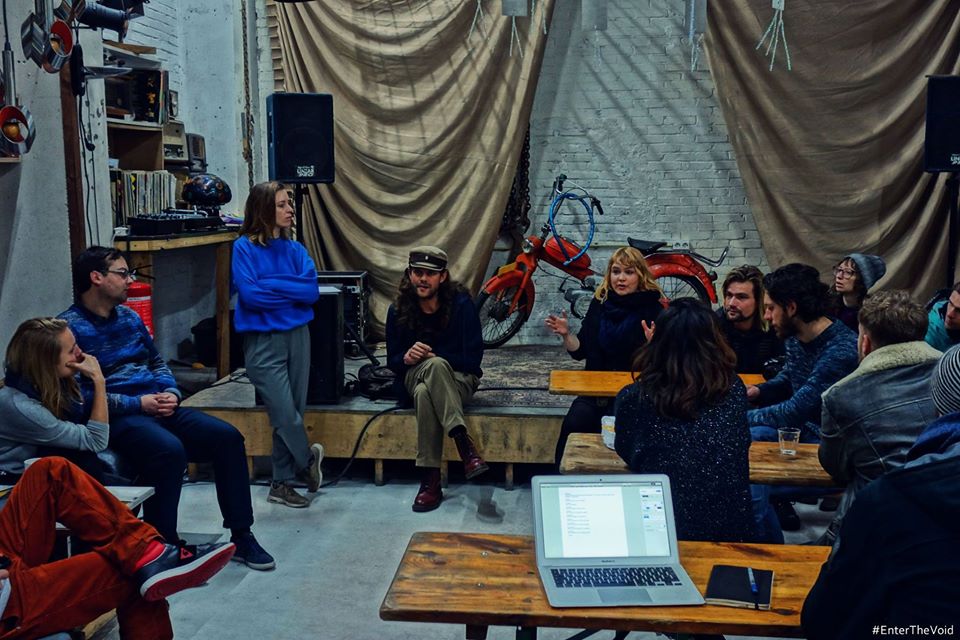 24-hour locations committee 2015-2018
The 24 hour economy is emerging, and cities worldwide are finding ways to integrate this new timeframe into their material and cultural infrastructure.
Amsterdam does not yet have a 24-hour economy like in other major cities. The City Council investigated how this 24-hour dynamic can be stimulated by issuing special 24-hour permits in periphery areas of the city to offer affordable space for young creatives to experiment, as well as accelerate urban development. For this, a special committee was created where Ella took part in. 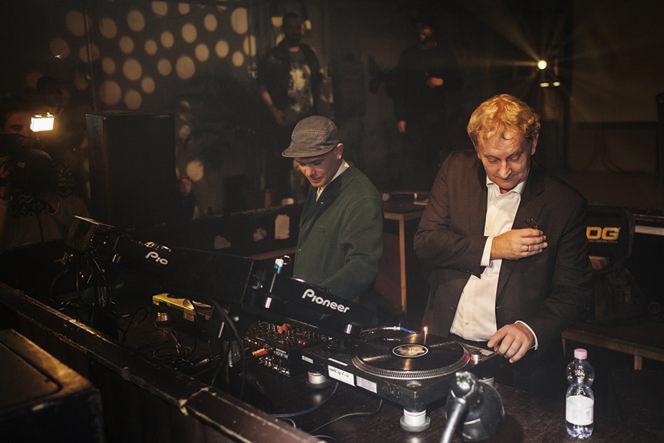 Chicks on a Mission 2017
Right before the #metoo affair hit the media, Chicks on a Mission was co-founded by Ella Overkleeft. A one-day conference about female representation and sexual harassment in nightlife. Together with the city of Amsterdam and Absolut, the conference brought explored these sensitive topics and discussed possible solutions. The foundings of the conference are now frequently used as inspiration for policy professionals and changemakers. The concept is also implemented in Tokyo.

Chicks on a Mission Amsterdam

Chicks on a Mission Tokyo 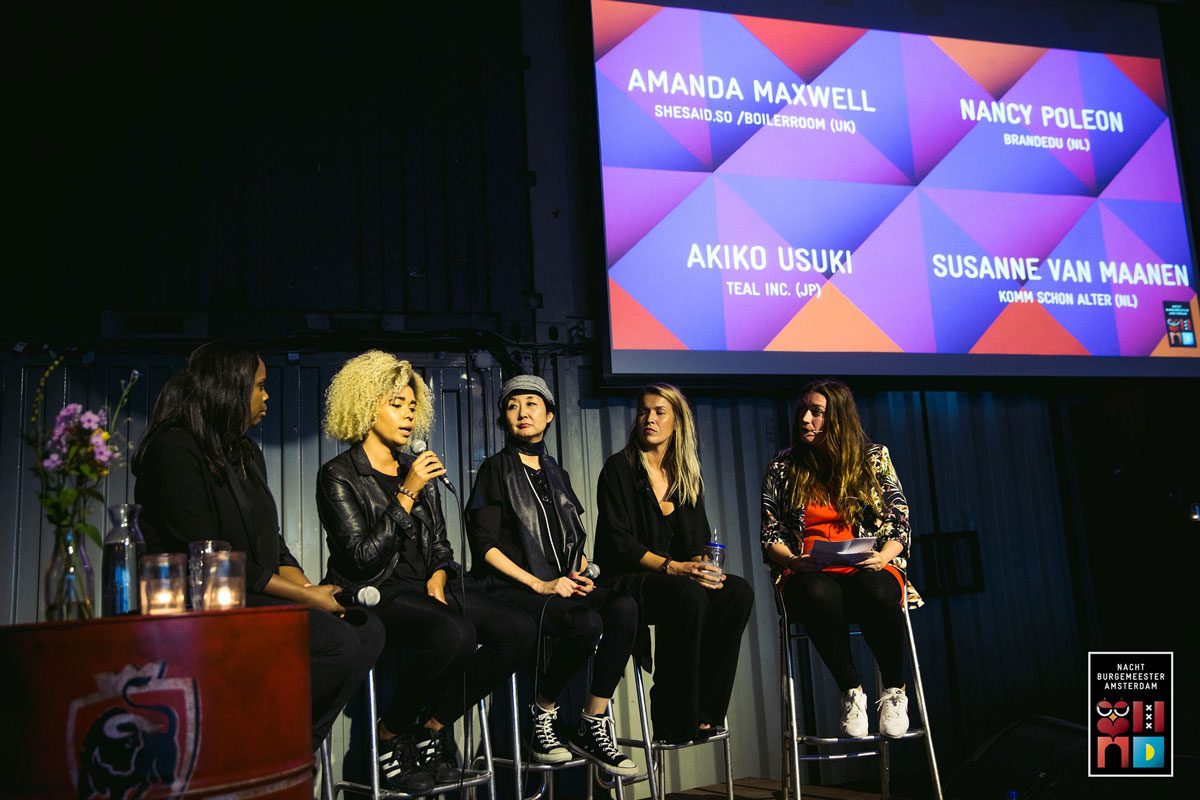 Poezie for Dinner 2012-2017
Founded by Ella Overkleeft, Poezie for Dinner is a series of events dedicated to young spoken word artists. No goody-goody poetry, but evocative performances that might be hard to swallow. Poezie for Dinner took place from 2012 until 2016 at temporary locations that are accelerators of art and culture in their cities such as: TrouwAmsterdam, PIP Den Haag and Bar Rotterdam. 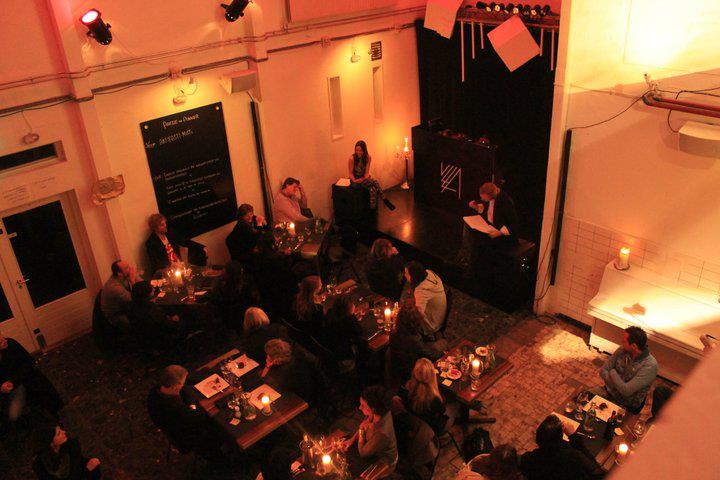